2021 is coming to an end, so bring on the holiday celebrations!
With the winter festivities beginning shortly, please keep in mind these common holiday hazards and how to avoid them, ensuring you and your pet have a stress-free holiday season.

One of the most common problems we see after any holiday involving a dinner is gastrointestinal upset in both cats and dogs. This is usually a result of being fed fatty/high calorie foods as treats or leftover table scraps. It’s tempting to want to share your delicious meals with your pet during this special time of year, but ‘small’ treats, especially given several times over the course of an evening, can lead to an upset stomach. Remind your guests not to give in to temptation as well! It’s important to make sure any dirty dishes and bags of trash are also kept away or out of your pets reach as they make decide to ‘help’ clean up after dinner.

Common dangerous holiday foods:
• Careful with cocktails – the ethanol in alcoholic beverages can cause poisoning, coma, or even death.
• Ban the bones – animal bones may damage teeth, splinter or cause an obstruction in the intestines.
• Skip the sweets – chocolate, especially dark chocolate or baker’s chocolate can cause toxicosis. Leave the raisins and grapes out of reach as well! Xylitol (often found in chewing gum, sugar-free foods, toothpaste, and peanut butter) is very dangerous. It is quickly absorbed into the bloodstream, resulting in a potent release of insulin from the pancreas. This rapid release of insulin causes a profound drop in blood sugar. If untreated, this can be life-threatening. Xylitol also causes liver failure in dogs, the reason for this is poorly understood.
• Can the ‘bis – Marijuana and marijuana products affect cats and dogs’ heart rate and body temperature. In severe cases, it can cause tremors, seizures, and coma.
• Leave the leftovers – onions, garlic, leeks, and chives can all cause toxicity.
• Doughn’t – Unbaked yeast dough can expand in the stomach causing bloat.
• No Nuts – Macadamia nuts, if ingested, can cause weakness, depression, vomiting, ataxia, tremors, and/or hyperthermia. 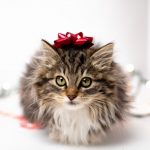 Holiday Plant Dangers:
• Poinsettias – not as toxic as people seem to believe, the sap from these plants is very irritating, which may cause drooling and vomiting.
• Mistletoe – certain varieties may cause drooling, vomiting, and/or diarrhea if ingested.
• Christmas Cacti and Holly – if ingested, may cause drooling
• Amaryllis – ingestion of the leaves, stem, or bulb can lead to drooling, vomiting, or bloody diarrhea. Rare cases can cause restlessness, tremors, or seizures.
• Japanese Yew – This evergreen shrub is sometimes used in wreaths or other decorations. When the needles dry and fall off, they sometimes will be ingested by pets. A few grams is enough to cause tremors, vomiting, difficulty breathing, and sudden heart failure. This plant should be avoided in any household with pets.
• Lilies – a common gift around the holidays, a ‘true’ lily is extremely toxic to cats. Direct or non-direct exposure (some cats can rub up on the plant, have pollen drop into their coat, and then groom the pollen off) can result in kidney failure. Cats that have been exposed to lilies should receive aggressive veterinary care within the first few hours of exposure. Cats that do not receive treatment within 18 hours of exposure are more likely to have a worse outcome. We do not recommend cat households to have lilies. 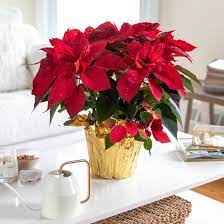 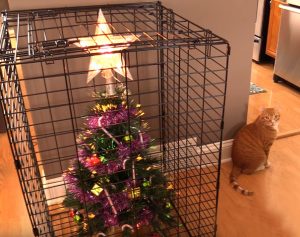 Christmas Tree Safety: Some cats can’t resist the temptation to climb a glittering tree with toys dangling for them to swat! Make sure your Christmas tree is well secured, and does not pose a falling hazard. You may also want to make sure that the water in the tree stand is covered, so pets don’t drink from it and become sick, as tree water is toxic to cats and dogs. String, garland, ornaments, and wires, should all be tucked away or secure so that pets do not ingest or chew on them. Got a pet that likes to chew? Electrical shock may occur when a pet chomps down on an electrical cord, causing tongue lacerations and possible death. Check your holiday lights for signs of fraying or chewing and use a grounded three-prong extension cord as a safety precaution. Tinsel should be avoided in households with cats as it is very easy for them to play with it and swallow, leading to an obstruction. Clean up needles falling from your free to ensure your pet doesn’t swallow them.

Maintain Routines: With all of the people in the house, some pets may become nervous with the change in routine. Provide your pet with a retreat space to unwind from it all. Crate training for dogs is an especially good idea if you have a dog that is sensitive, under-socialized or nervous.  If you expect a large number of people in your home, be sure to watch the entrances and exits to the house to make sure that there are no unexpected escapes. 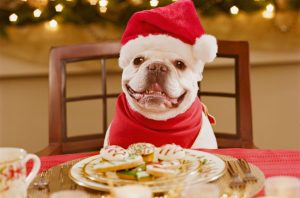 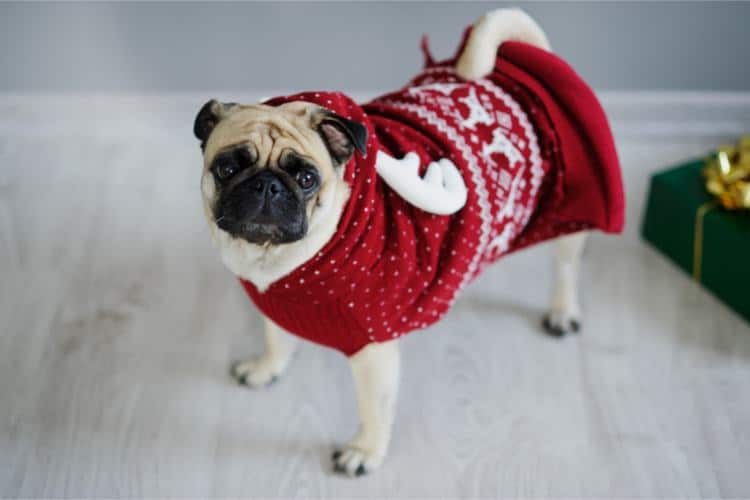 Please keep in mind the following hazards over the entire winter season:

Antifreeze Poisoning: Ethylene Glycol is one ingredient in antifreeze. Cats and dogs may be attracted to the sweet flavour of antifreeze but it can be fatal when ingested, as it breaks down into oxalic acid, which causes renal tubular obstruction (kidney failure). Symptoms include: delirium, rapid pulse, vomiting and excitement 30-60 minutes after ingestion, convulsion, coma, and possible death 8-40 hours after ingestion.

Rat Poison: When the weather starts to get colder, rodents such as mice may move indoors, causing homeowners to place rat or mouse poison in the environment. Unfortunately, cats and dogs often get into the poison that was meant for the mice. Warfarin, a common ingredient in rodenticides, cause cellular bleeding which leads to internal and external hemorrhages and the inability for blood to clot. Symptoms include: depression, fever, bruised appearance, anemia, weak and rapid pulse, paralysis, death can occur in 1-10 days.

Frostbite: Frostbite occurs when cats and dogs who do not normally go outdoors for long periods of time are exposed to sub-zero temperatures for too long. Body parts that have a sparse hair covering or that have poor circulation such as ears, nose, tail, or scrotum are particularly susceptible. Symptoms include: frozen skin looks pale and is cool to the touch, when the skin begins to thaw, it is painful and can become scaly, later, the tips and margins of the pinna (ear) may curl. In severe cases the skin dies and may fall off.

Hypothermia: Hypothermia is a condition in which the body temperature becomes too low for normal functioning. It is more common in cats and dogs who are short-haired, small, wet, or have no shelter during periods of cold temperatures. Symptoms include: violent shivering, slow and shallow respiration, slow heart rate, gums may appear pale or blue, death can occur from hypothermia. Here are some tips to keep your pets warm and safe from the harshness this winter:

Cats Under Automobile Hoods: During the cold winter months cats will often seek out any warm space they can find. One particularly irresistible lure seems to be the cozy confines of a warm car engine. Unfortunately, cats that seek shelter under the hoods of cars can then be injured or killed when that car is started. Always give a thump on the hood of your car or honk the horn before starting it up to ensure there isn’t a cat tucked inside.

Rock Salt & De-Icers: Rock salt and similar de-icers are a burn hazard to dogs and excessive salt intake can cause injury to the kidneys, seizures, coma or death. Trim long fur, outfit him with booties and wash your dog’s pads. Rock salt can cause internal injury if he’s left to lick it off. Ingestion of any kind of salt, including table salt, can lead to tremors, seizure and potential fatality when taken in sufficient amounts. Salt is often listed as sodium chloride on de-icer packaging. In addition to salt, de-icers can contain other elements such as calcium chloride, potassium chloride and magnesium chloride, all of which can cause burns to the mouth or digestive tract or toxicity if ingested. Symptoms include: irritated, inflamed, burned paw pads. Excessive rock salt ingestion includes vomiting, diarrhea, lethargy, unstable or “drunk” walk and excessive thirst. Symptoms may also include tremors and seizures, slow and shallow respiration.

These are all medical emergencies and we should be contacted immediately at 416-532-1169.